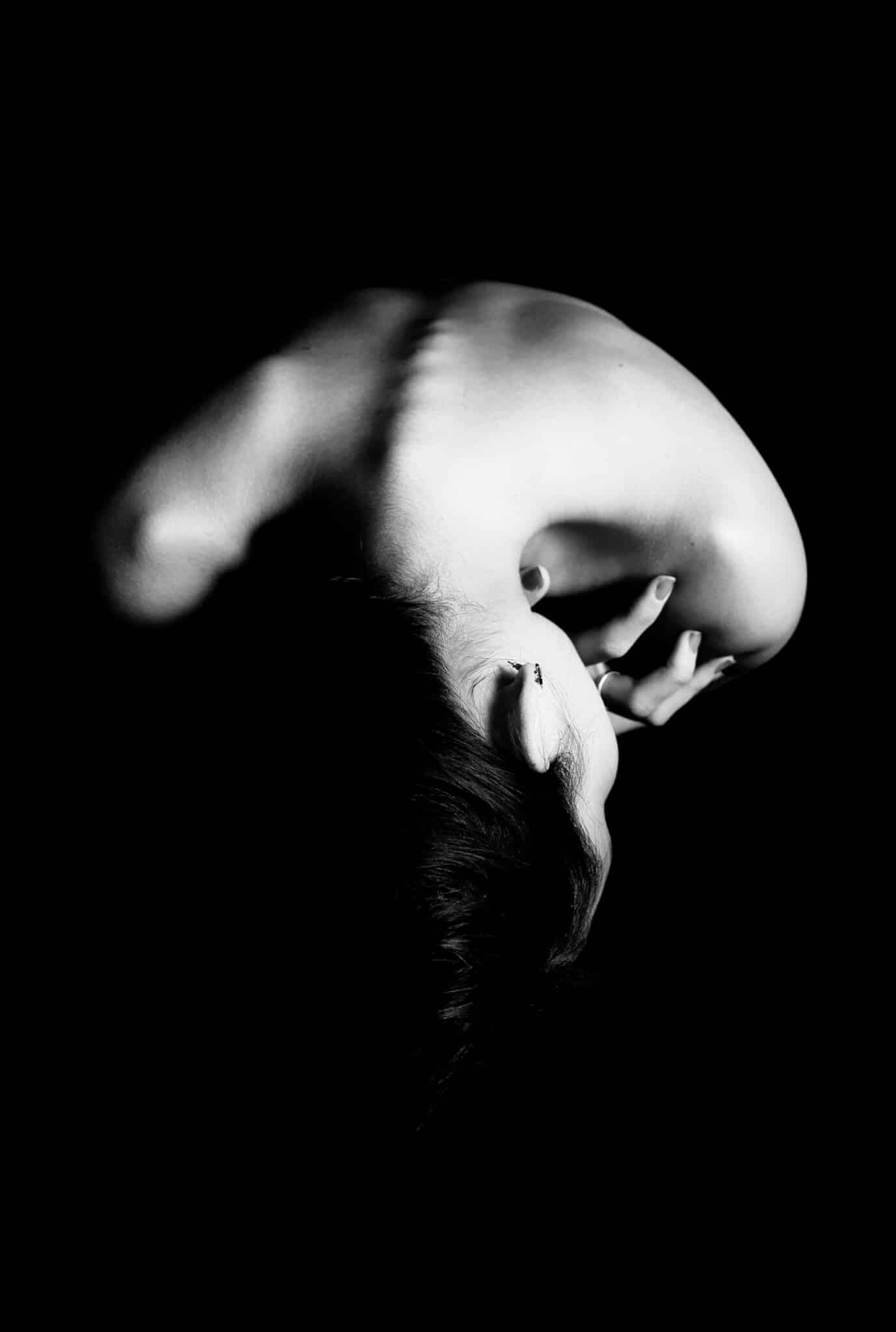 The sadness that spawns from the passing of Isabella Caro, a French model who died of anorexia two months ago, weighs heavy on those of us who teach and coach body awareness. The starkness of her posing naked for the Italian photographer and billboard graphic is unforgettable. Toward the end of her short 28 years, she decided to expose the under-belly of the modeling world‹the objectification of women, and the cultural fixation on the body-lite. Upon reflection, I feel that the visual pre-occupation we have around the body overwhelms the kinesthetic feel of just being in the body. For instance, in the culture of yoga today, the outer glossing of the pose is all too visible–on the cover of Yoga Journal, the back of the Special K cereal box, or on television adverts marketing everything from mattresses to mood altering over-the-counter pharmaceuticals. Yoga, like fashion, gets reduced to simplistic posing, and the outer form stands significant. That is the warp.

Then there is the infatuation with the weightless body. This is not confined to the runways. The act of being light and the steps necessary to get light are part and parcel of yoga practice, and have been for centuries. The impulse to be thin is rampant throughout yoga studios in West Palm Beach, Santa Monica and Scottsdale AZ. Fasting, holding your breath, balancing on your arms, and doing kapalabhati ( a breathing technique where the abdomen is pumped while exhaling forcefully) all suggest attempts to defy gravity . Levitation, being completely weightless, is the quintessential yogic device to demonstrate accomplishment (siddhi) in classical Indian lore. Stories of the levitating yogi were abound in the mid 20th century, as described in the popular Autobiography of a Yogi by Paramahansa Yogananda. The third chapter of Patanjali’s Yoga Sutras suggests that the yogi who has gained mastery can float “as light as a tuft of cotton”. Today, yoga on sweat drenched sticky mats, juicing fasts, raw food diets and power yoga work-outs are intended to drive the body into obedience and to make it weightless. Yoga, like anorexia, is driven by an impulse to gain control over physical (and mental) limits.

So when Isabella was told that she was ten pounds over-weight by an agent, and she was a mere 100 pounds at the time, the impulse to please, the impulse to be successful and good drove deep into her soul. A soul that turned out to be great in size, as she demonstrated the fortitude and deep care to ‘advertise’ her disease, so that other women may not suffer. The objectification of the female body, from both male and female perspectives, whether in yoga or on the runways, can become all- consuming. And today, the yogini models. The reams of yogaesque positions evident in the market place have women posing for the camera, all bendy in tangerine leotard or yogi lingerie. She may be a model posing at yoga or a yogini posing as model, but either way the boundaries are blurred.

Take the three-page spread in last week’s NY Times on Tara Stiles the NYC model turned yogi. Her shtick is a familiar one by now: a pure yoga free of inner reflection, spiritual or textual reference or self-inquiry. Her book is aptly titled, “Slim Calm Sexy”.

The infatuation with the slim downed body leads to a pre-occupation with the outer image. The death of petite Isabella speaks to the profound suffering that can surface when the body is pushed toward the ideal of ‘fit’ and beautiful. Striking a yoga pose lends itself to the snapshot flash. Yet when image drives yoga, it is a strange fit. When the outer look pre-dominates, the felt-sense within the interior gets over-looked and can drive her to fits of obsession. Denying the flesh, defying the flesh is tied into acts of self-punishment and abuse. Self-acceptance is critical. And what is necessary is a critical eye for what the industry—yoga or fashion, displays as slim, sexy or perfect. This is what really needs to be defied.

Here is an interview Isabelle Caro did with CBS on anorexia: